Scroll down for updates including a list of over 1000 studies that prove the Covid19 vaccines (injections) are dangerous and lethal.

You can begin to watch this at 1 minute in.

Over One Thousand Scientific Studies Prove That the COVID-19 Vaccines Are Dangerous, and All Those Pushing This Agenda Are Committing the Indictable Crime of Gross Misconduct in Public Office

Just over 12 months from deployment of the COVID 19 emergency use experimental vaccines,  scientific studies in the thousands, and reports of criminal complaints of assault and murder from the illegal, unlawful use of biochemical poisons made to police forces around the country, verify an assault on an unsuspecting UK population. Irrefutable science shows that the COVID 19 vaccine is not safe and not effective in limiting transmission or infection from the SARS-CoV-2, coronavirus pathogens.

The “safe and effective” false propaganda, put out by public officials who now are continuing to push this vaccine, is a clear breach of duty. A public office holder is subject to, and aware of, a duty to prevent death or serious injury that arises only by virtue of the functions of the public office.

Many have breached that duty and, in doing so, are recklessly causing a risk of death or serious injury, by carrying on regardless of the now-confirmed dangers associated with COVID 19 injections. Some of these risks are blood clotting, myocarditis, pericarditis, thrombosis, thrombocytopenia, anaphylaxis, Bell’s palsy, Guillain-Barre, cancer including deaths, etc.

All of these are confirmed in the following science-and-government-gathered data from the UK Health and Security agency on COVID 19 regarding vaccine damage.

The term “vaccine” was changed recently to incorporate this illegal, unlawful medical experiment to facilitate usage of mRNA technology that is demonstrably not a vaccine, and which contains biologically toxic nano-metamaterials associated with 5G urban data gathering capability.

Metal nanoparticulates are known in science to be genotoxic—a poison that can also cause sterilization. The dangers posed to the victims in the near term from this medical battery are now known. However, the long term lethality of this weapon is not as yet realized due to the debilitating effects it has on the immune system, causing  Acquired Immunodeficiency Syndrome(AIDS).

We can now confirm the 2017 depopulation defence-intelligence documents, showing the planned murder of over 55 million across the United Kingdom by 2025 using this biochemical weapon.

The Medicines and Healthcare (products) Regulatory Agency (MHRA) had prior warning of the expected large numbers of adverse reactions before the deployment—confirming the premeditated nature of the crime and public conduct offences then and now.

The May 2021 study, called “Worse than the Disease? Reviewing Some Possible Unintended Consequences of the mRNA Vaccines Against COVID-19” published in the International Journal of Vaccine Theory, Practice and Research, was conducted by by senior scientist Dr. Stephanie Seneff at the MIT Computer Science and Artificial Intelligence Laboratory, and Naturopathic oncology specialist Dr. Greg Nigh.

The study thoroughly analyzes the possible pathways in which the experimental mRNA vaccines from Pfizer and Moderna could be causing serious adverse effects in vaccinated individuals.

“Both are delivered through muscle injection, and both require deep-freeze storage to keep the RNA from breaking down,” Seneff and Nigh stated.

“This is because, unlike double-stranded DNA which is very stable, single-strand RNA products are apt to be damaged or rendered powerless at warm temperatures and must be kept extremely cold to retain their potential efficacy.”

“This form of mRNA delivered in the vaccine is never seen in nature, and therefore has the potential for unknown consequences…manipulation of the code of life could lead to completely unanticipated negative effects, potentially long term or even permanent.”

The study explained how one notable vaccine side effect called antibody-dependent enhancement (ADE) is brought on by the spike proteins produced in the human body via the mRNA injection.

“The mRNA vaccines ultimately deliver the highly antigenic spike protein to antigen-presenting cells. As such, monoclonal antibodies against the spike protein are the expected outcome of the currently deployed mRNA vaccines,” Seneff and Nigh wrote. 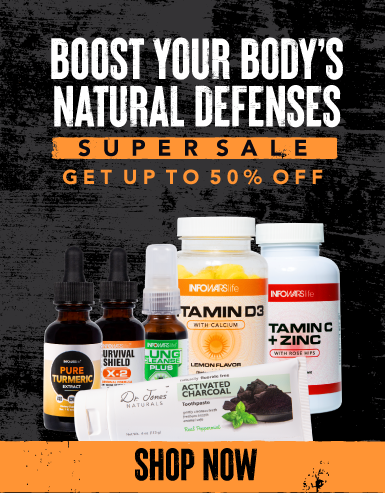 “Human spike protein monoclonal antibodies were found to produce high levels of cross-reactive antibodies against endogenous human proteins. Given evidence only partially reviewed here, there is sufficient reason to suspect that antibodies to the spike protein will contribute to ADE provoked by prior SARS-CoV-2 infection or vaccination, which may manifest as either acute or chronic autoimmune and inflammatory conditions.”

The study also produced evidence of vaccine shedding, prion and neurodegenerative diseases, and coronavirus variants brought on by vaccinating a minority of the public.

The study concluded by suggesting that public health institutions employ a more cautious approach to rolling out new experimental technologies to the public rather than rush to get everybody jabbed when long-term data has not yet been collected.

“Public policy around mass vaccination has generally proceeded on the assumption that the risk/benefit ratio for the novel mRNA vaccines is a ‘slam dunk.’ With the massive vaccination campaign well under way in response to the declared international emergency of COVID-19, we have rushed into vaccine experiments on a world-wide scale,” Seneff and Nigh wrote.

“At the very least, we should take advantage of the data that are available from these experiments to learn more about this new and previously untested technology. And, in the future, we urge governments to proceed with more caution in the face of new biotechnologies.”

Dr. Dan Stock of McCordsville, Indiana recently appeared at a Mount Vernon school board meeting to educate members on the science behind Covid-19, vaccines and masks.